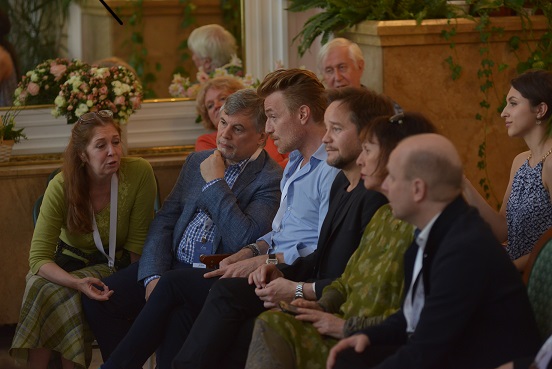 The Assembly was attended by representatives of 18 (of 22) of the most prestigious ballet competitions in the world. At the Assembly, Director General of the Federation Sergey Usanov highlighted the organization’s work over the past year, marking, that this year was held under the auspices of the 200th anniversary of birth of the outstanding choreographer Marius Petipa, highlighting the significance of his creative works for international competitions. The Federation, in honor of the outstanding master of classical dance, held a series of gala concerts of the winners of international competitions in Germany and France in UNESCO headquaters, with the active assistance of the editorial office of Ballet Magazine, which held and organized the international round table on the topic “Marius Petipa is the era of classical dance”. Events held under the auspices of UNESCO in Paris in honor of Marius Petipa, had a very wide resonance with the French public. On November 13, the Federation held a round table on the topic “The creative heritage of Marius Petipa and his role in the competitive repertoire”. Representatives of ballet competitions, members of the jury of the International Competition “Grand Prix of Siberia”, ballet scholars and ballet critics, as well as guests of the International Forum took part in the discussion of the declared topic. The General Assembly approved and adopted the recommendation list of the repertoire for the younger group. The Assembly accepted two more contests – the International Youth Competition in Almaty “Orleu” and the Youth Competition “Grand Prix of Kiev” as its new members. In the course of the discussions held at the Assembly, a decision was made to intensify work on popularizing new names of competition winners, recommend them to theater groups, leaders of festivals and concert programs, increasing the interest of ballet dancers in participating in competitions, and forging closer contacts with international ballet festivals.