The names of the winners of the II All-Russian competition of ballet dancers and choreographers, which took place in Yaroslavl in 13-18, are announced. The prizes were awarded to 13 contemporary dance performers. 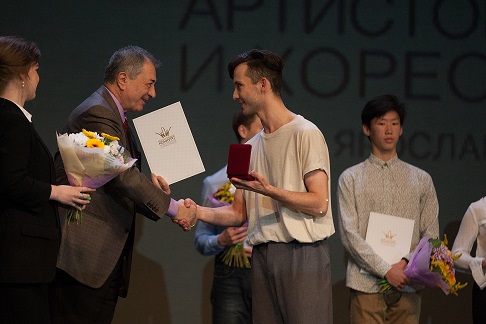 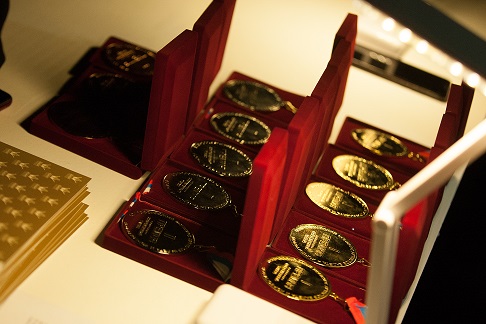 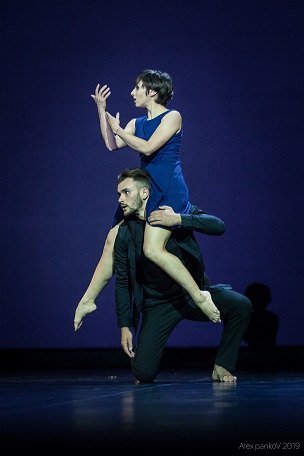 Teacher Olga Gerasimova “For successful preparation of the participants”,

Choreographers Julia Repitsina (piece “Initiative”) and Diana Maximova (piece “Who to be?”) 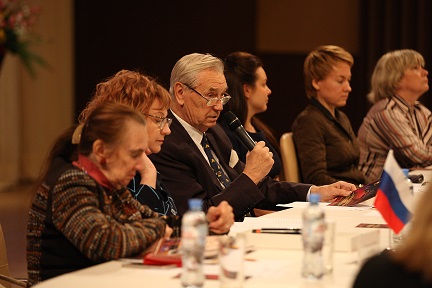 In Yaroslavl, the ALL-RUSSIAN COMPETITION OF BALLET DANCERS AND CHOREOGRAPHERS in the nomination “modern dance” is being held. The competition is attended by artists of two age groups in the solo and duet categories. The competition will also present a large-scale out-of-competition program dedicated to the Theater Year in Russia. From September 13 to 18, 2019, both venues of the “Millennium” concert and entertainment center in Yaroslavl will host exhibitions and concerts, film screenings and lectures, creative workshops and master classes, as well as business events. For guests of the Competition there will perform dancers of the Bolshoi Theater, Stanislavsky and Nemirovich-Danchenko Theatre, Theater named after Natalya Sats and other dancers from leading theaters of the country. As part of the competition, an exhibition of ballet photography by Alexander Pankov “Dance – So Close and So High” is working..

On September 13 “Millenium” hosted the Grand Opening. The program included the evening of the one-act ballets “Transcription of Color” and “Equus”, performed by the Moscow Ballet Theater.

On September 14, the artists of the Theater named after Natalya Sats will perform ballets of the Russian seasons “Scheherazade”, “Les Sylphides” and “Polovtsian Dances”.

September 16 will present The Gala concert of modern dance with the participation of artists of the Bolshoi Theater, Moscow Art Theater Stanislavsky and Nemirovich-Danchenko etc.

In addition, lovers of choreography will be able to attend screenings of films dedicated to ballet. September 14 offers “Empire of Ballet” by Dmitry Semibratov, September 15 – famous “Bolshoi” by Valery Todorovsky, September 17 – “After You” by Anna Matison. All films will be shown at the cinema hall of “Millennium”.

This year a rich educational program for contestants and professionals is carried out by honored artists, choreographers, teachers and critics.

Choreographer, teacher, dancer, author of educational programs, Ekaterina Stegniy implements the creative laboratory “Method of group resonant composition”, created on the basis of European programs for studying modern dance techniques. Throughout the competition, laboratory will work with the contents on the process of conscious creating of the movement and its meaning, will get acquainted with the concepts of “solo resonance” and “resonance in a group”.

Elvira Pervova, member of the jury of the Competition, artistic director of the Skrim Dance Theater, will hold a workshop “Contemporary dance”; member of the jury of the Competition, director and choreographer of the “Eccentric Ballet” Sergey Smirnov will tell the participants about the composition at his master class; Pavel Glukhov, an artist of the modern troupe of the Moscow Ballet Theater and the New Ballet Theater, will teach modern choreography techniques.

Researcher, lecturer and dance playwright Katya Ganyushina will give a series of lectures entitled “The Practice of Conceptual Thinking”. Participants will learn how to structure and correctly use the choreographer’s ideas. Dance historian, dance critic, member of the advisory board of the Golden Mask National Theater Award Ekaterina Vasenina will give a lecture “Typology of Russian Performances”, which will analyze the types of contemporary dance performances in Russia for specific examples. Jury member, choreographer, director Alexander Pepelyaev will talk about an interactive video in a dance performance.

The business program of the Competition includes a roundtable “Another Theater” with the participation of experts from the Ballet magazine (September 18 at 14:00) and the Assembly of the International Federation of Ballet Competitions (September 16 at 12:00)

The first All-Union competition of ballet dancers and choreographers was held in Moscow in 1965. Over the years, the jury was headed by such famous choreographers and dancers as the Igor Moiseev, Yuri Grigorovich, Peter Gusev, Sofya Golovkina

In 2013, an initiative of the revival of the best traditions of Russian choreography and the All-Russian competition of ballet dancers and choreographers was made by an outstanding figure in modern ballet art Yuri Grigorovich. The founders of the event are the Government of the Russian Federation and the Ministry of Culture of the Russian Federation. Organizer – “ROSCONCERT”